Jose Mourinho claims that new signing Alexis Sanchez adds ‘maturity’ to the United team following his Man of the Match performance against Yeovil Town in the FA Cup fourth round, as reported by the BBC.

United thumped Yeovil Town 4-0 at Huish Park on Friday night to progress into the fifth round of the FA Cup with Marcus Rashford, Ander Herrera, Jesse Lingard, and Romelu Lukaku all on the score sheet.

The former Arsenal man was substituted in the 72nd minute and he managed to pick up the Man of the Match award after contributing to two goals on the night.

Speaking after the player’s debut for the Red Devils, Mourinho praised the impact the Chilean had on his squad.

Everybody is happy that he comes because good players they want good players and Alexis is a fantastic player for us. The question is always, which one is going to be out? Where is he going to play?

But it’s not about that for us. For us it’s about having a fantastic group of attacking players and he’s another one with a little bit more maturity. His choice for the counter-attack for the second goal is one that Marcus is still too nervous to make so he will bring us this maturity and class. We are pleased with him and I am happy with his performance. 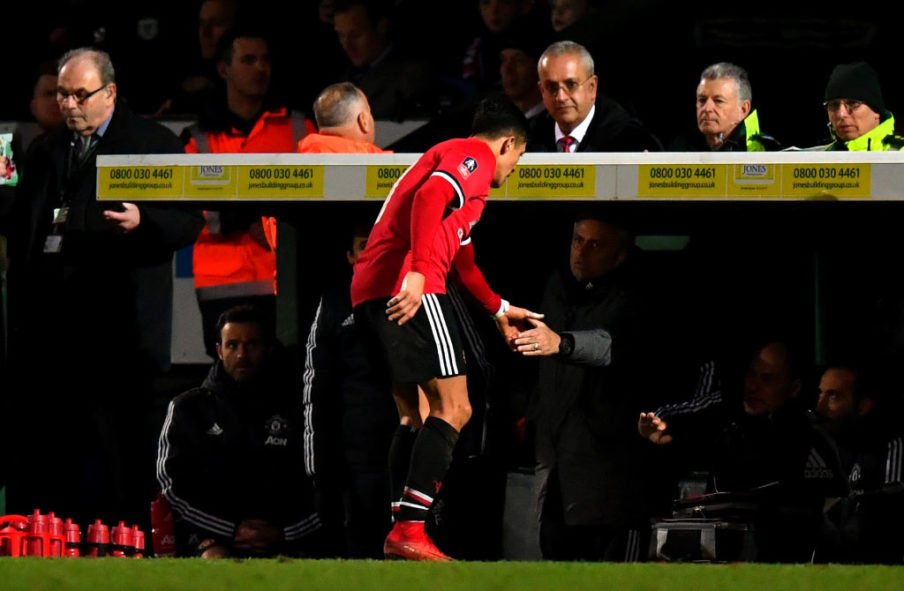 Mourinho then praised Yeovil Town for their efforts against United as they made the game an open contest in the first half.

Great attitude from them and very well organised. I think we were professional and in the second half, winning 1-0, we had control of the game, we had the possession, more quality and we killed the game.

It’s the second time in three years that the two sides have met in the competition, so Mourinho will have been delighted to avoid what could have been a potential banana skin game for the club.

United will now prepare to return to Premier League action with a trip to Wembley to face Tottenham on the horizon for the club.