Ole Gunnar Solskjaer is preparing for what will be an emotional return with Manchester United this weekend. The baby-faced assassin was confirmed as the new caretaker manager at Old Trafford following Jose Mourinho’s dismissal. Joining the club ‘on loan’ from Molde, Solskjaer will see out the season at United before the club makes an official appointment in the summer. Ahead of his first game in charge, which is coincidentally against his former side Cardiff, we’ve looked at Solskjaer’s management career so far and how he has ended up in the hot seat at Old Trafford. 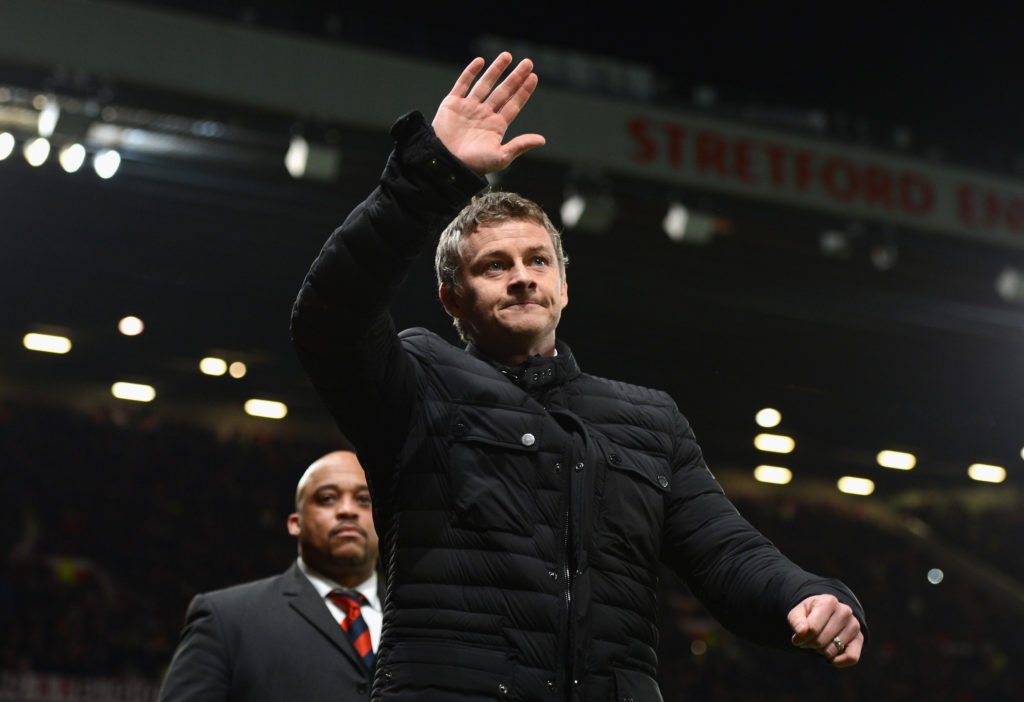 It all began for Solskjaer at United, who gave him his first coaching role in 2008.

After retiring from the game, he would take over the club’s reserve side in an effort to learn his trade.

He had been working on his coaching badges during the latter stages of his playing career at Old Trafford, making the reserves the most natural step for Solskjaer to kick-start his coaching career.

His time in charge was a relatively successful one, winning the Premier Reserve League as well as the Lancashire Senior Cup and the Manchester Senior Cup. 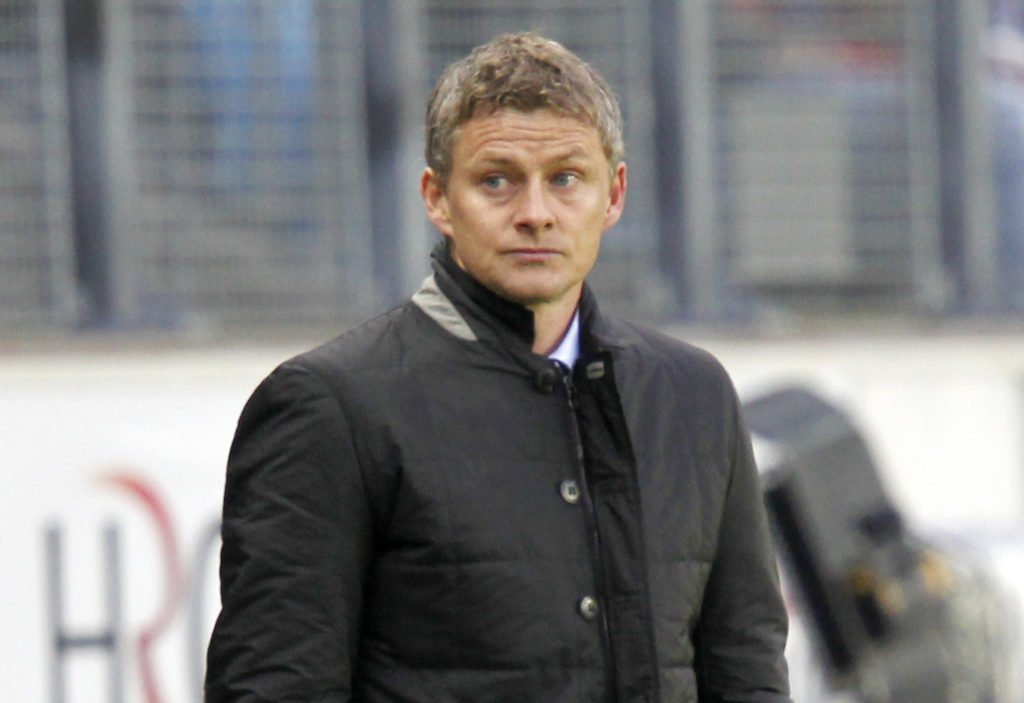 Turning down the Norway job

Before Solskjaer had even taken his first senior gig in the game, he was attracting interest from some big jobs.

Norway approached him to take over the national team back in 2010.

Keen to learn his trade and expand his knowledge, Solskjaer turned down the job because he believed it was too early in his career to take such a role. 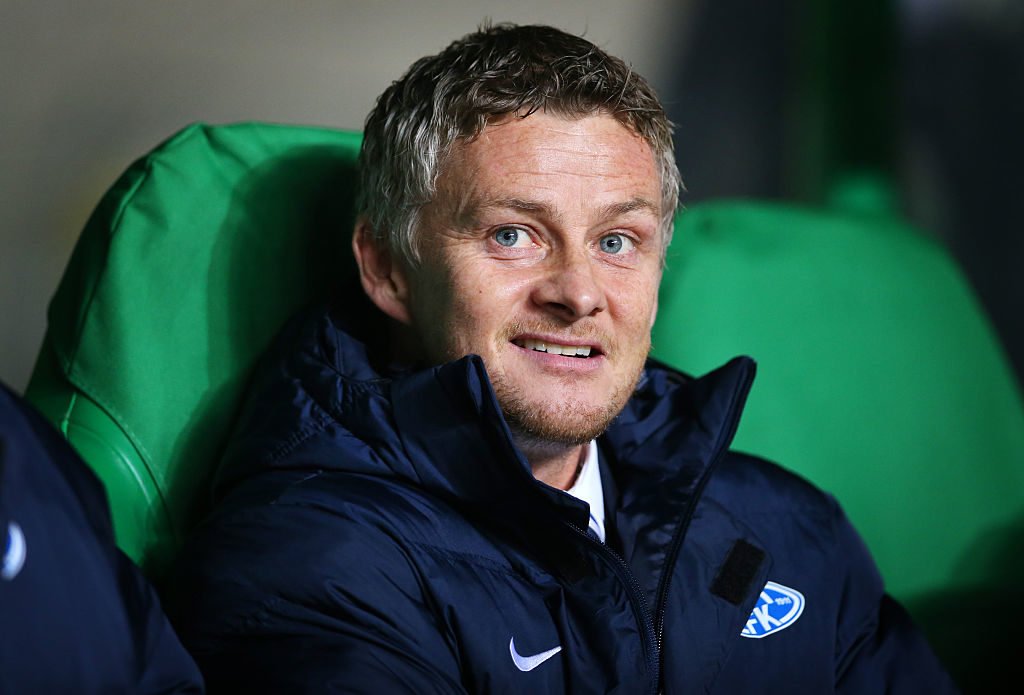 Taking over at Molde

When the time came for Solskjaer to move away from Old Trafford, it was Molde that came calling.

Solskjaer would take over the Norway side in January 2011 after agreeing a deal a couple of months prior.

Despite a bumpy start, Solskjaer’s four-year stint with Molde was a successful one, winning back-to-back Tippeligaen (what is now known as the Eliteserien) titles.

He also managed to get his hands on some domestic silverware, winning the Norwegian Football Cup in 2013, which would see Molde qualify for Europe the following season.

Solskjaer’s Molde sides were known for their attacking style of play, something that will delight many Manchester United fans. 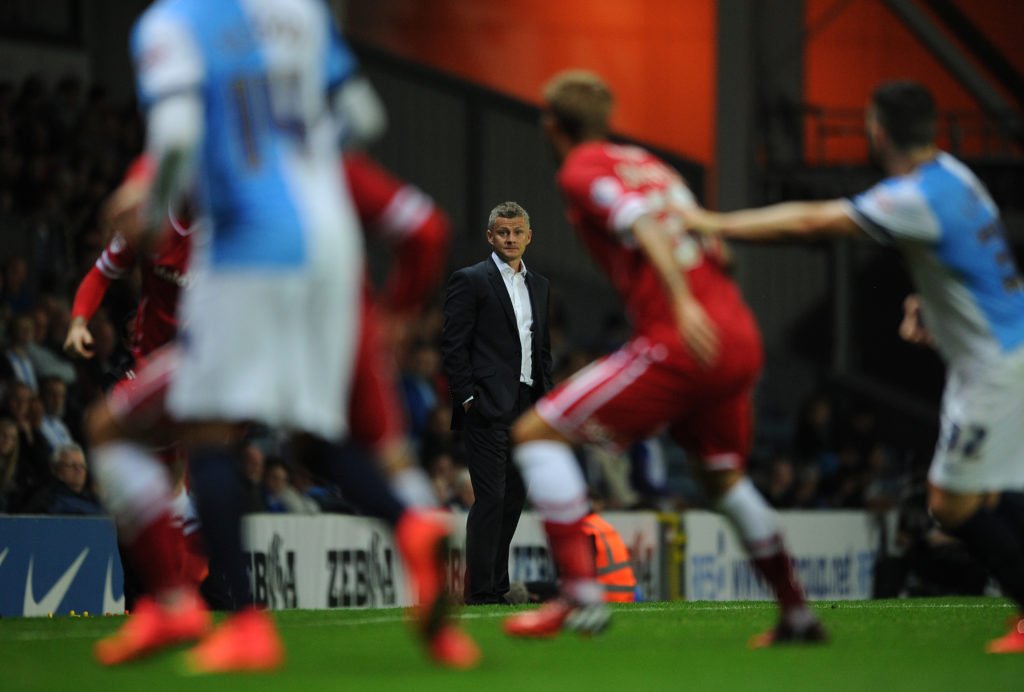 Turning down a move to Aston Villa

Aston Villa were once interested in hiring the Norwegian after he earned plenty of admirers for the work that he had done with Molde.

Back in 2012, Villa approached Molde over a potential deal for Solskjaer, but the former Manchester United forward turned down the move, citing family reasons behind his desire to remain with Molde. 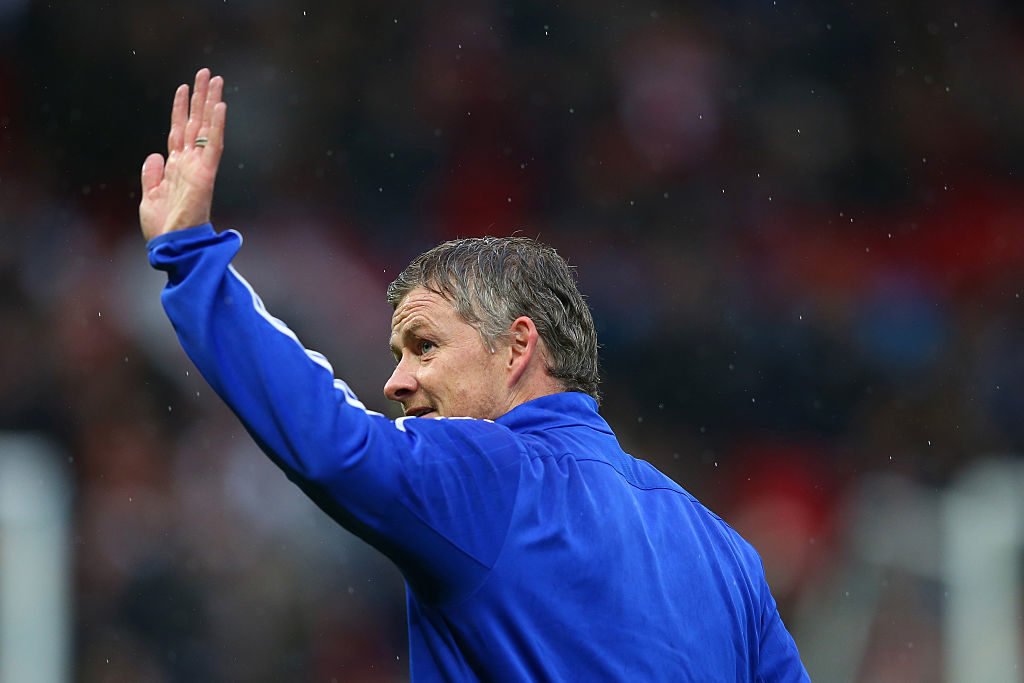 A disappointing spell in Cardiff

Cardiff’s previous stint in the Premier League was a catalogue of errors and Solskjaer found himself as collateral damage in that.

The club were enduring a difficult spell under Vincent Tan off the pitch and Solskjaer’s appointment backfired.

He was hired to replace the popular Malkay Mackay in the January period but was unable to turn the club’s fortunes around.

Poor recruitment, coupled with all the off-the-field issues, meant that Cardiff were relegated.

Solskjaer left the club in September, just over a month into the new Championship season, with the club struggling to compete in the second tier. 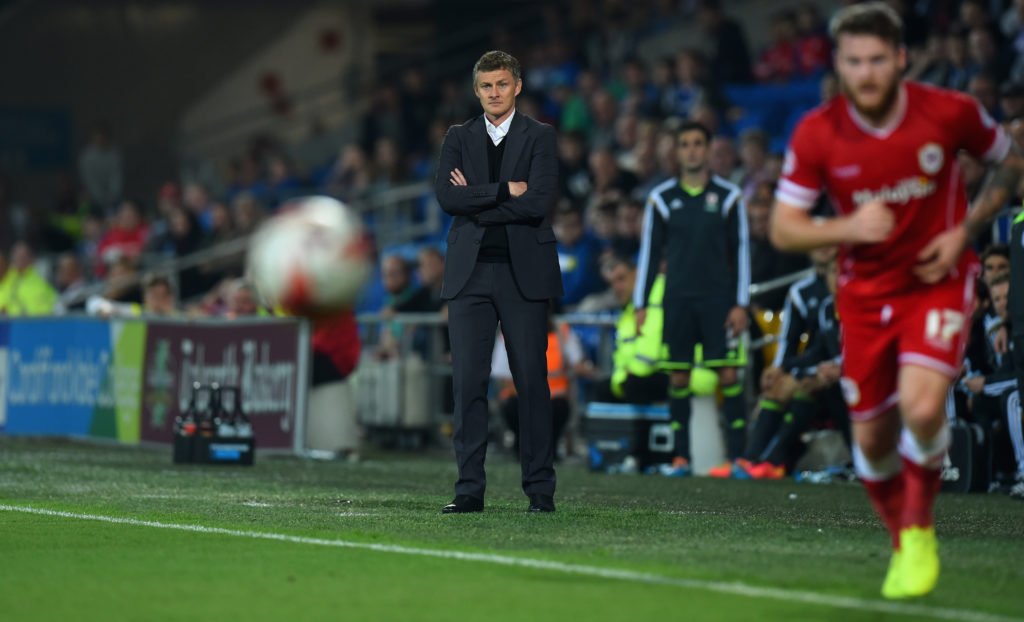 What went wrong at Cardiff?

Solskjaer arrived at Cardiff in the midst of huge protests from the fans.

Tan took the bold decision to change the club’s home shirt colour to red from blue and it was something that did not sit well with supporters.

The new owner had tried to change the club’s identity and it resulted in a backlash from supporters. 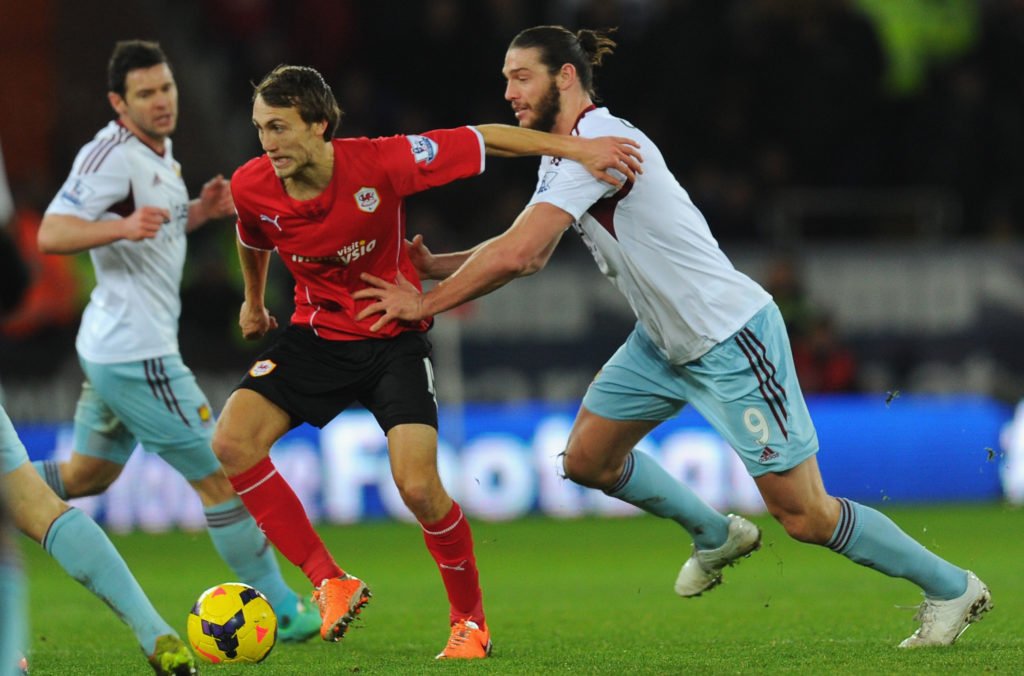 Solskjaer’s time at Cardiff City was not helped by the poor transfer business that was happening at the club.

Prior to his arrival, the likes of Gary Medel and Andreas Cornelius were signed for big money and were failing to deliver on the pitch.

When Solskjaer arrived, he signed three players from Norway in the form of Mats Moller Daehli, Magnus Wolff Eikrem and Jo Inge Berget, but despite being familiar faces, they were unable to help him survive. All three players would go on to leave by the following January.

The huge turnover of players would ultimately cost Cardiff, who lacked any form of cohesion or identity, with Solskjaer not given enough time to implement his style of play on the squad.

Solskjaer spent nearly £12 million following summer in a bid to prepare for life in the Championship, but was once again hamstrung by the huge turnover of his playing staff. 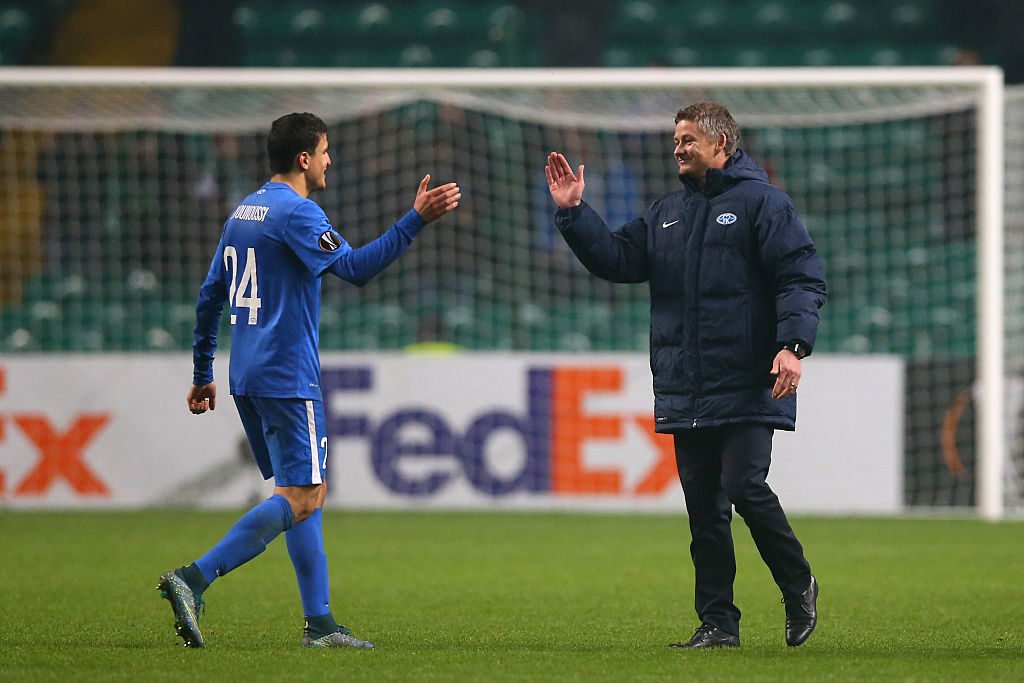 It would be fair to say that Solskjaer’s reputation had taken a huge hit after his time in England.

The once highly-rated young coach was forced to rebuild back in Norway.

He returned to Molde in 2015 and remains in charge of the club, despite his recent move to Manchester United.

Domestic success has not yet been forthcoming in his second stint in charge, but two second-place finishes and an improvement in Europe has seen his time in Cardiff become a distant memory. 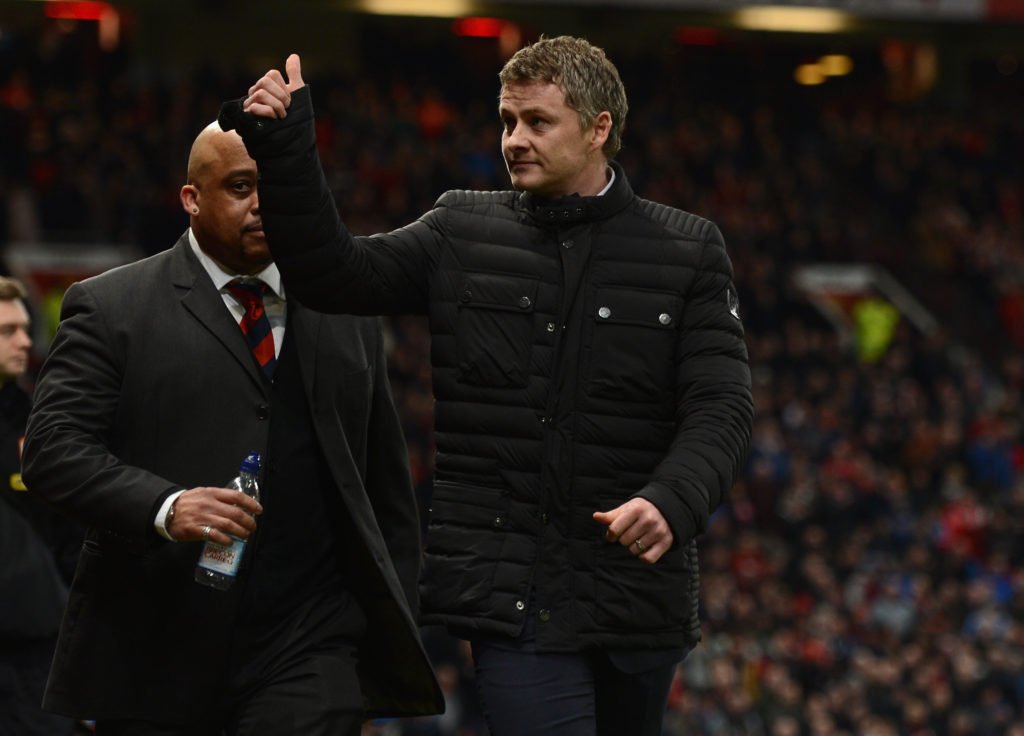 In a short managerial career that has gone full circle, Solskjaer has landed himself the dream job and has the chance to raise his stock higher than ever before.

He returns to Old Trafford with the task of uniting the squad and implementing a more attacking style of play in a bid to raise the spirits around the club.