According to the Mirror, Manchester United are considering the option of signing Paris Saint Germain midfielder Marco Verratti.

Reports from Calcio Marcato state that PSG have approached United and offered them the chance to sign the midfielder this summer.

Verratti has apparently already met with new PSG manager Thomas Tuchel, who has taken over from Unai Emery, with Tuchel supposedly telling the Italian international to lose some weight. 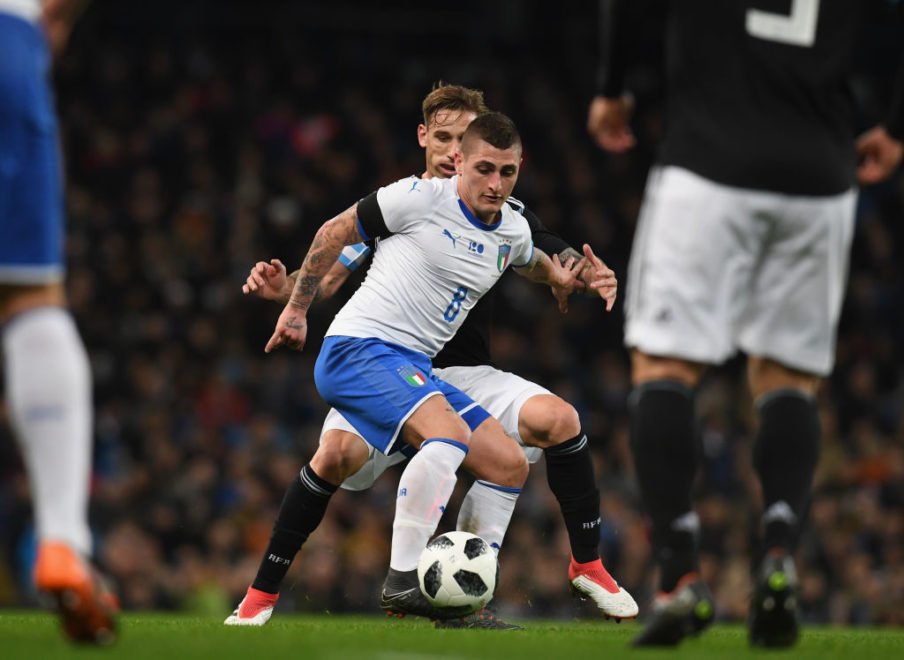 Jose Mourinho is keen to add to his midfielder options this summer with the retirement of Michael Carrick and the likely departure of Marouane Fellaini.

United are already on the verge of announcing the imminent signing of Fred from Shakhtar Donetsk but are keen to further add to their central opinions, and Verratti could fit the bill nicely.

However any deal for Verratti would certainly not come cheap.