Manchester United star Marcus Rashford has picked up a “slight knock” during England training this week, as per a report from the Manchester Evening News.

Gareth Southgate delivered an update on the condition of his squad as they jetted off to Russia ahead of the upcoming World Cup and brought concerning news regarding Rashford.

Marcus took a slight knock, but nothing too serious, we’ll look at that ahead of tomorrow’s session which is open for everybody to see.

Although the Three Lions boss indicated that the injury sustained by Rashford was a minor one, England will still sweat on his fitness for their first group game in Russia, which comes next Monday against Tunisia. 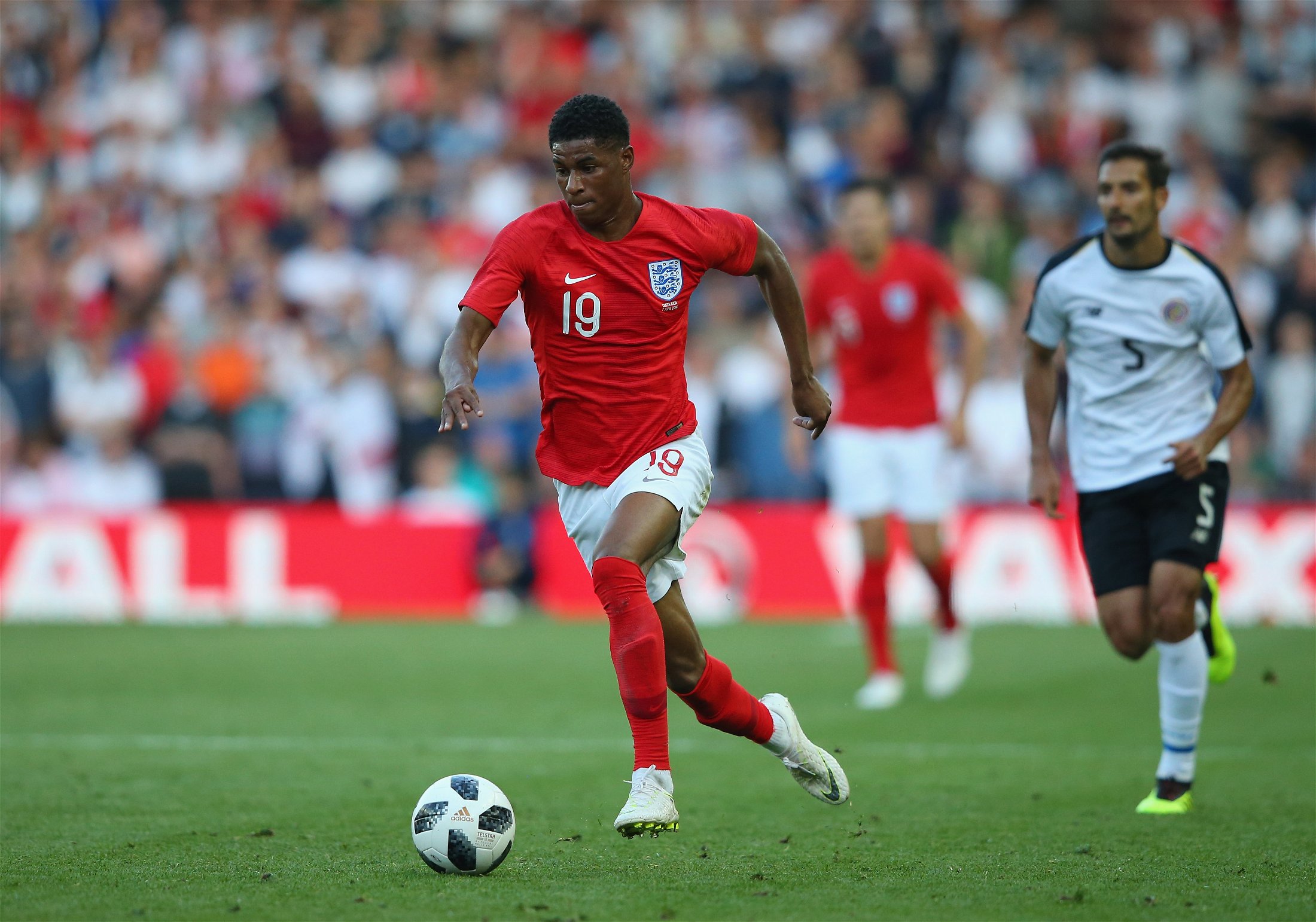 Rashford will head into his first World Cup as a senior player with confidence after an impressive final warm-up match for England against Costa Rica. The United star netted his side’s first from distance in a comprehensive 2-0 win.

It’s been a frustrating campaign at Old Trafford for the young forward, with Jose Mourinho having used him sparingly throughout the season.

However, with the World Cup approaching, Rashford will be hoping to stand out.