Manchester United have been told that they will have to pay £75m to land Ajax star Frenkie De Jong.

According to AS, via TeamTalk, United, among many other clubs, have been made aware of De Jong’s valuation.

The report claims that Manchester City, Barcelona, Real Madrid and Liverpool are also showing an interest in the midfielder. 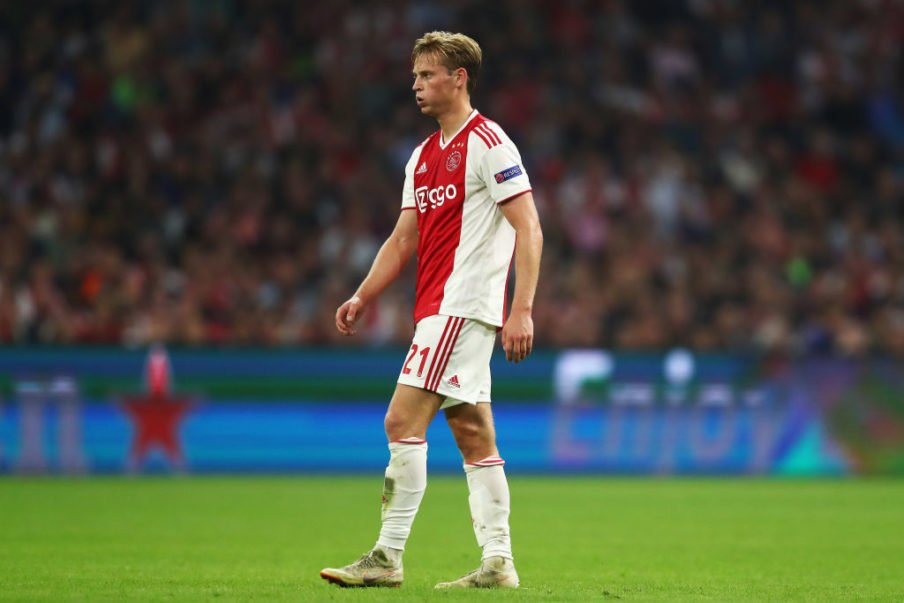 He has been capped four times by Holland at senior level and has been impressing for Ajax in midfield.

De Jong picked up seven assists in 22 league matches last season for Ajax in what was a breakthrough campaign for the 21-year-old.

The report does claim that Barcelona are the favourites at this point, with the Spanish giants said to be holding a ‘serious’ interest in the Dutch international.

United are keen to strengthen their midfield options and see De Jong as the ideal signing to bolster Jose’s squad.