Anyone who watched the 2018-19 Man United matches will agree that there needs to be a revamp in that backline. Mourinho’s demands for a defender last summer were ignored only to become a problem later on in the season. By the time Jose was sacked in December, Man United had conceded as many goals as they did in the entirety of the previous season. Despite a run of excellent results in his first ten games as Man United’s interim manager, Ole Gunnar’s team went on to concede the highest number of goals in club’s history. 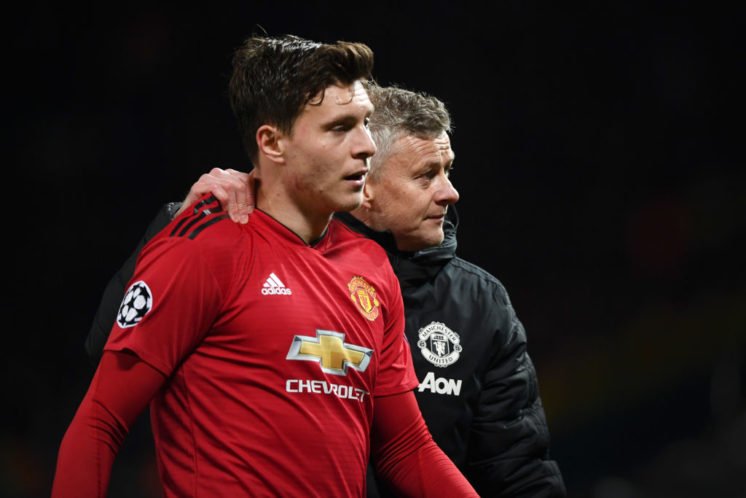 Bailey and Lindelof were expected to form the new face of United’s backline but it hasn’t worked out that way. Last season was Lindelof’s best season in a United shirt, while Bailey’s future is filled with uncertainties. After his career-threatening injury a few years ago, Luke Shaw might be picking up where he left off. The right-hand side of that team is where most of the problems lie. Lack of a natural right winger and right back has had an impact both defensively and going forward.

With a converted winger as the first choice right back, Man United will need to strengthen that position if they are to compete with the likes of Man City and Liverpool. Wan-Bissaka could be the answer to that position. Solskjaer utilized Dalot in an advanced position while Young continued his run of games in defense. In his first full season in the first team, Wan-Bissaka had the most tackles in the Premier League at only 21 years. Man United could use his tenacity and intelligence in a defense that looked confused every time the opponent came running towards the penalty box. Ed Woodward’s transfer team submitted a €40 million bid for the Crystal Palace youngster last week but the club values him at over €50 million. There are reports suggesting that United could go back with an improved offer to land a player who has recently suggested that his dream is to play for the Red Devils.

However, the defensive mistakes were not only down to the fullbacks but also the center halves. Man United has struggled to find any center back partnership as effective as that of Vidiç and Ferdinand. In a group of five first-team central defenders, only Lindelof looked consistent enough last season. Rojo has been unfortunate with injuries while Smalling and Jones have been at the club since Sir Alex’s tenure without any massive improvement. Bailey, on the other hand, hasn’t looked like the defender who had become a fan-favorite in his first season. Harry Maguire, Koulibaly, and Matthijs de Ligt are some of the names linked with a move to Old Trafford. Koulibaly could be the best option but Maguire is Premier League-proven. De Light’s transfer to United hasn’t looked any close to reality with Barcelona also interested in the player.

Manchester United will have to break the bank for at least two defenders this summer if they are to improve in the coming season. This is not to say that the rest of the team is good enough. If Lukaku were to move out, then a replacement will be required. Herrera played a vital role in Solskjaer’s system with his work rate and intelligence. His move to PSG means that Ed Woodward must also spend on a midfielder – something which he still had to do anyway. Bruno Fernandes’s deal looks imminent and that will be an upgrade to a midfield that has always depended on Pogba for creativity.